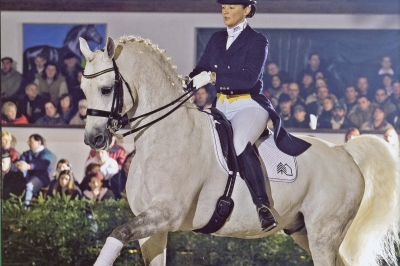 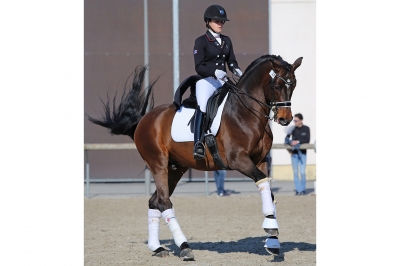 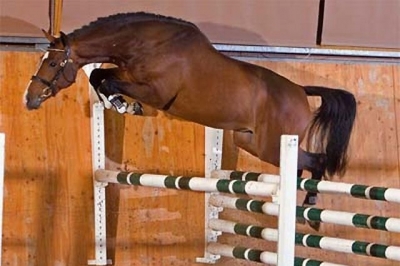 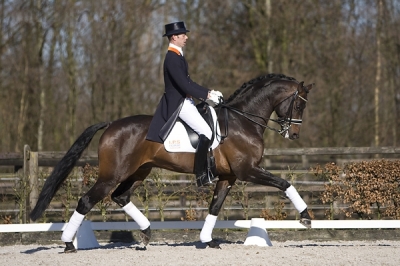 In 2017, Olivi ranks 18th and Sandreo ranks 19th in the 100 best stallions in the world of dressage (Ranking WBFSH).
Feuillard Stud is proud of the worldwide success of the offspring of their stallions Sandreo, Mighty Magic, Olivi, Pégasus, and Cockpit. Marking his veritable conquest, Olivi was ranked first for sires of winners in dressage in KWPN studbook in 2008 and 2009.
Olivi remains a leader in 2009 with his one of his progeny, Triviant, ranked 44th in the WBFSH-FEI world ranking for dressage. Three of his progeny sold for a total of 690 000 € in three prestigious auctions: UB40 for 145 000 € in 2004 at the selective KWPN auction, Triviant for 420 000 € at the PSI auction in 2005, and Unanda for 125 000 € at the 2006 Performance Plus auction.

Sandreo was distinguished in 2015 and Mighty Magic in 2016, ridden by his young rider, Eugenie Burban, ranked 4th in the WBFSH-FEI world ranking for children dressage and won the bronze medal at the European Young Riders Championship (Vidauban (F) and Oliva (Esp).
These significant and concrete results attest to the quality of our stallions, and as the expression goes, “the apple never falls far from the tree.” Many excellent horses are born or raised at the Haras du Feuillard (Feuillard Stud), but the road to breeding a champion is long, and we await with impatience the magnificent Galaxie's foals in 2019…
Valérie and Benoit Burban select world-renown stallions such as Hilkens Black Delight and propagate their genetic heritage, but they also point you toward the stars of tomorrow such as Galaxie, Antango, Cassitano... Before being put in our catalogue, the semen of our studs is tested while fresh at 24 hours and 48 hours in order to guarantee its quality for chilled transportation.