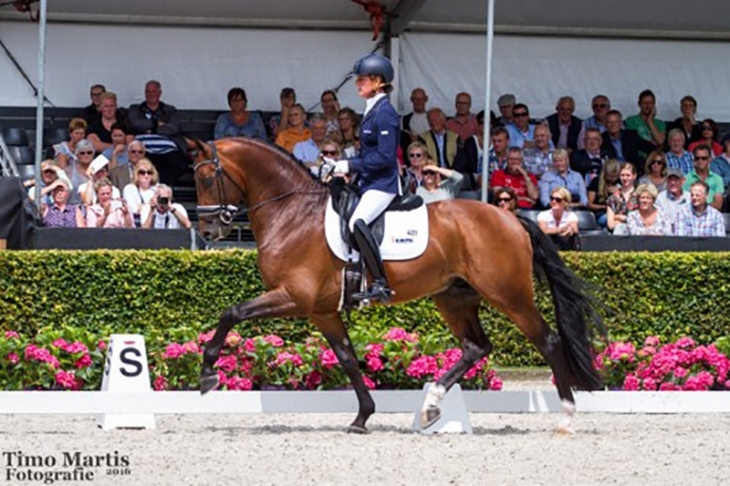 Adelinde Cornelissen says “For me Henkie is a real dressage horse and has proven himself over the years during the World Championship and the KWPN Competition. The feeling he gives is incredible. Henkie has so much power, liberty and switching power. He can go small, go big, you just have to press the button and he will do it. Henkie is the same every day and makes it a joy every day.”