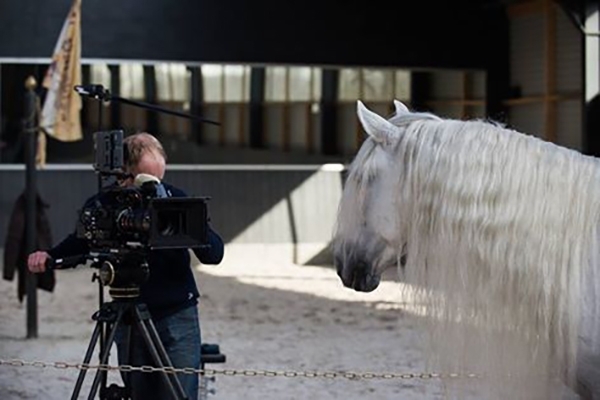 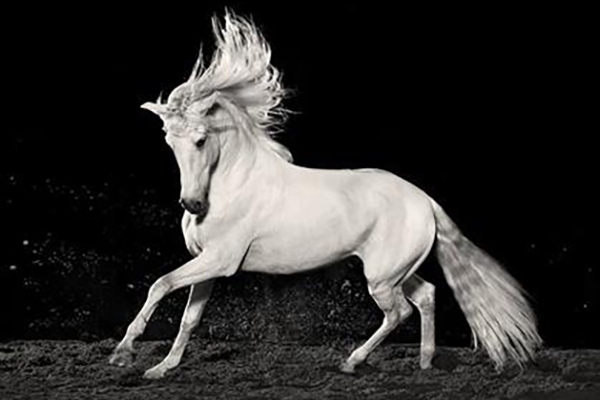 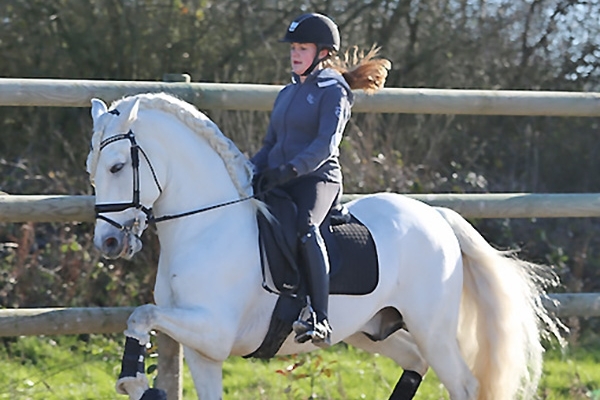 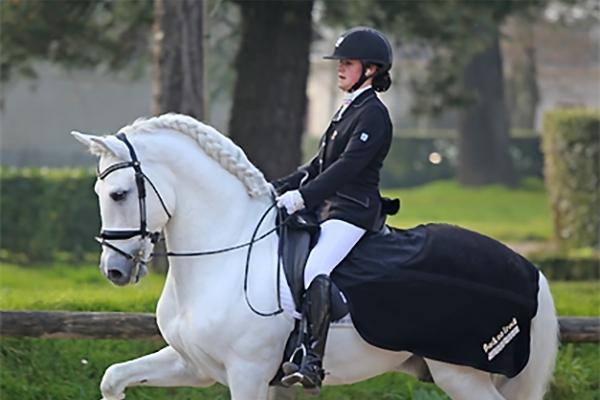 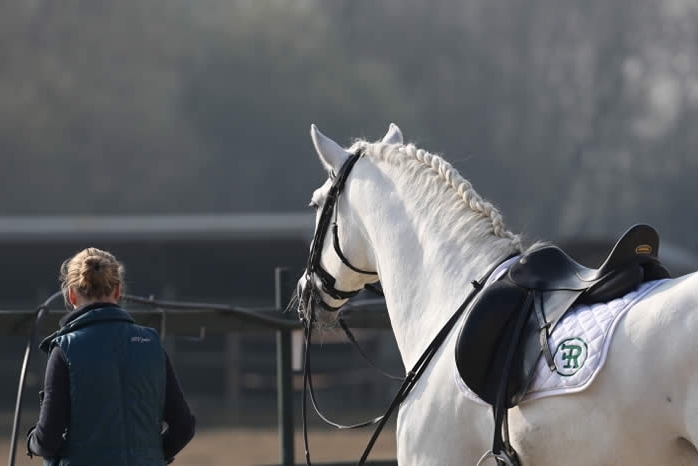 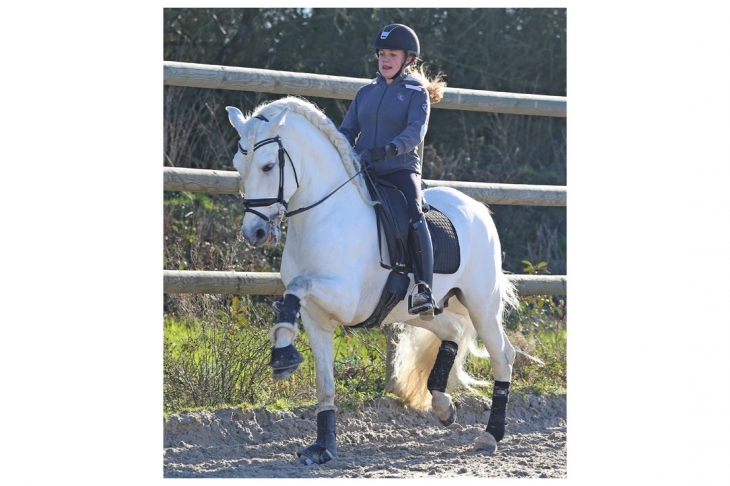 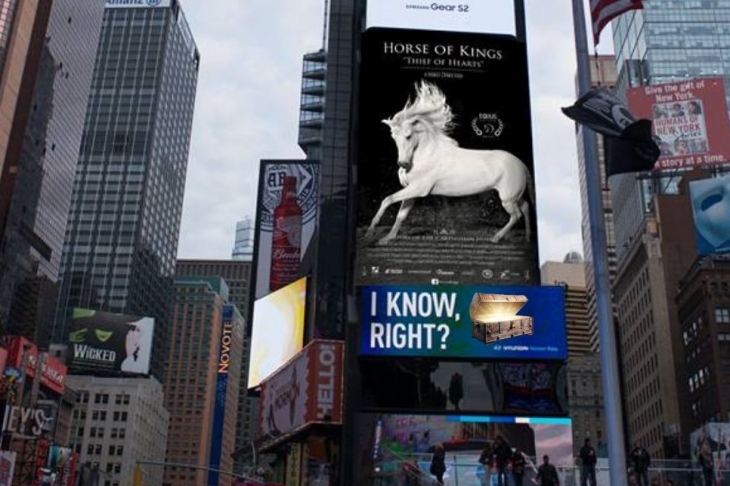 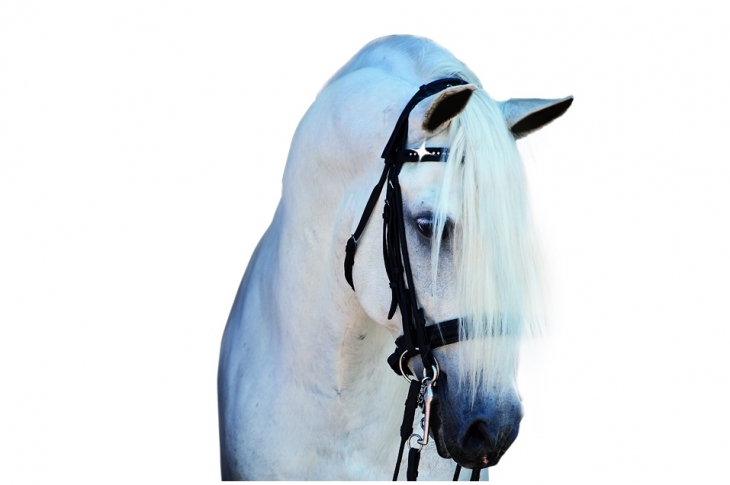 GENEROSO CII is a true sport horse!  He showed his potential in the dressage ring at Medium Tour level in Belgium, as well as in the Netherlands.

He achieved several placings in Inter I tests.  GENEROSO CII has a cooperative nature with harmonious compact conformation.  He has a powerful rassemblée and aptitude for Grand-Prix airs, notably in the exercises of passage, piaffer and leg changes in tempo.  He is remarked for his ample 4-beat walking pace, with pliable hocks and elbows, and an energetic well-balanced supple trot.  His canter is steady with significant propulsion, ideal for a good rassemblée.  The rider enjoys his comfortable gait, his will to work and his light mouth.

It was in 2013 that he made a breakthrough, with performances exceeding 70%, despite strong competition from the KWPN horses.

GENEROSO CII is 100% Carthusian [Cartujano].  He already has several sons approved as stallions by the National Purebred Spanish Horse Breeders’ Association (ANCCE). The famous Carthusian [Cartujanos] horse, originating from Jerez de la Frontera with very pure bloodlines, is an extremely admired authentic breed with its own characteristics.  The Carthusian horse was bred by the monks residing at the cloistered monastery (Cartuja) in Andalusia.  In modern-day understanding, “Cartujanos” generally refers to the offspring of the horses originating from Jerez Cartuja.

The Feuillard Stud is the exclusive agent for distributing GENEROSO CII‘s frozen semen.  It is of excellent quality, with over 70% mobility upon thawing and a fertility level exceeding 87%.

The Pure Spanish Horse (PRE), or Andalusian Horse, exists on the Iberian Peninsula since the year 1000 BC.  It does not descend from the Pure-bred Arabian, as often thought, and is in fact very different in terms of its physical and mental characteristics.

Due to its exceptional mobility, it became, in the 17th & 18th centuries, the preferred war horse, and the favourite for prestigious events and “Haute-Ecole” dressage.  Exported far and wide, the Andalusian influenced the world equine population and has served in the making of several breeds.  Certain bloodlines became so popular that they adopted the name of their founder:

• The “Guzmanes” bloodlines (later renamed “Valenzuelas”) originated in Cordoue in the mid-18th Century.

• The “Zamoranos” bloodlines, founded in 1770, were handed over to the Cartuja at the end of the 18th Century.

The Spanish horse has significantly influenced French traditional classic riding.  It largely contributed to the fame of the Equestrian Academy of Versailles .  Such renowned Riding Masters as Pluvinel, La Broue, La Noue, Saunier, La Guérinière, etc. have all praised its qualities, acknowledging it to be number 1 in the indoor arena.

GENEROSO CII is particularly interesting for French breeders in view of improving the quality of French horses in Grand-Prix airs, notably for the passage and piaffer exercises.

€ 550 incl. VAT payable on reservation with “live foal” guarantee, on the assumption of your mare being pregnant.