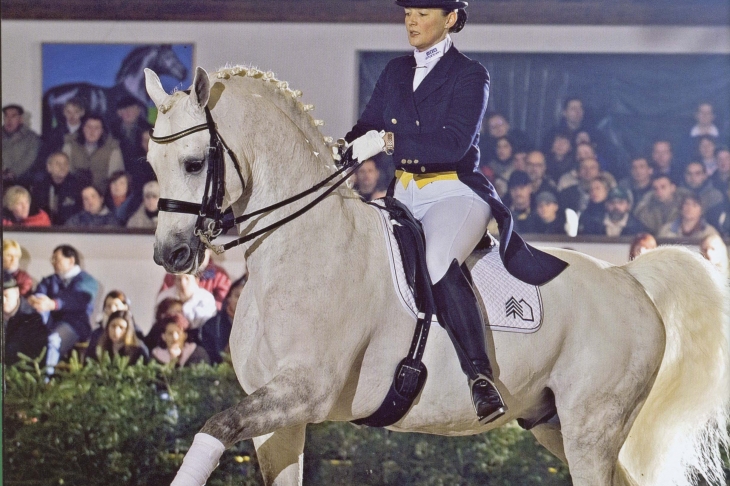 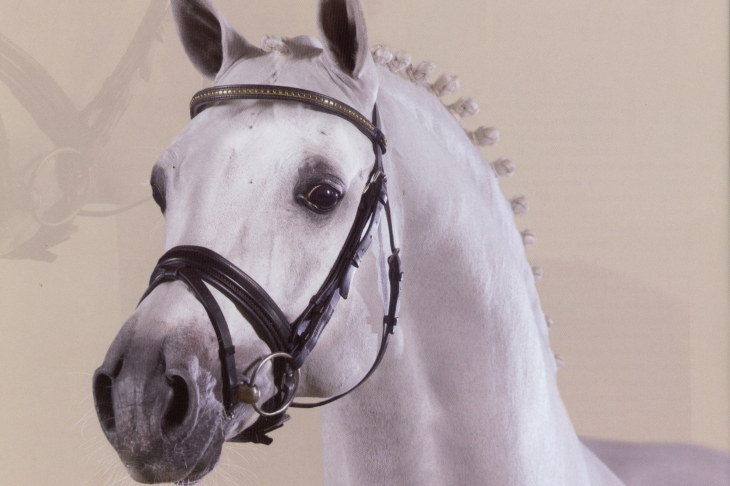 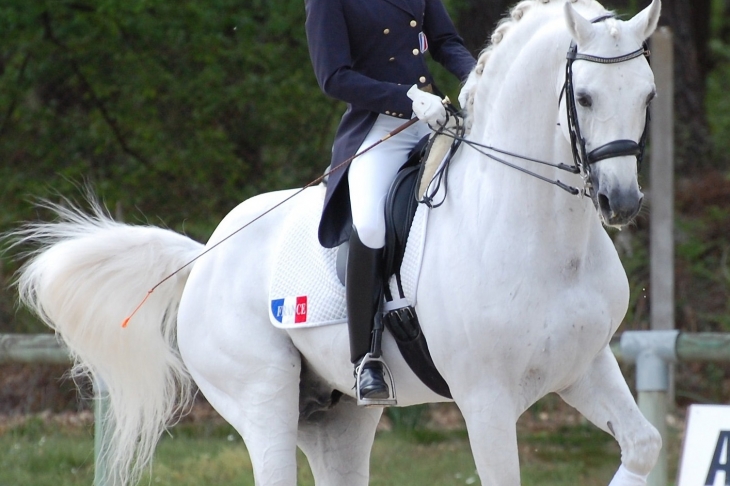 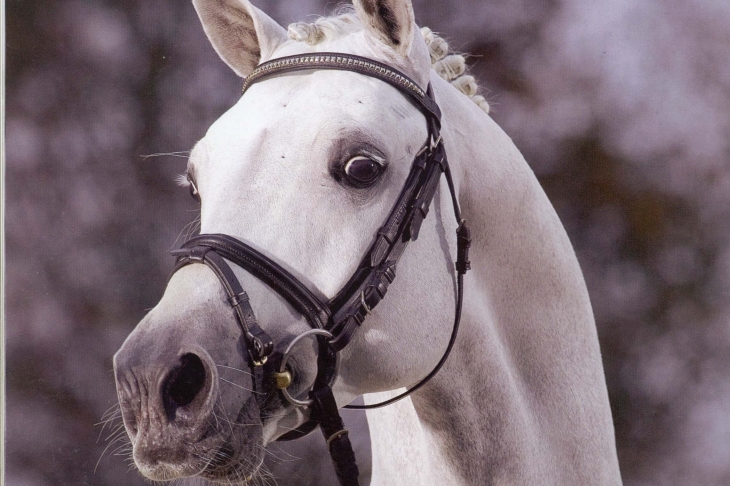 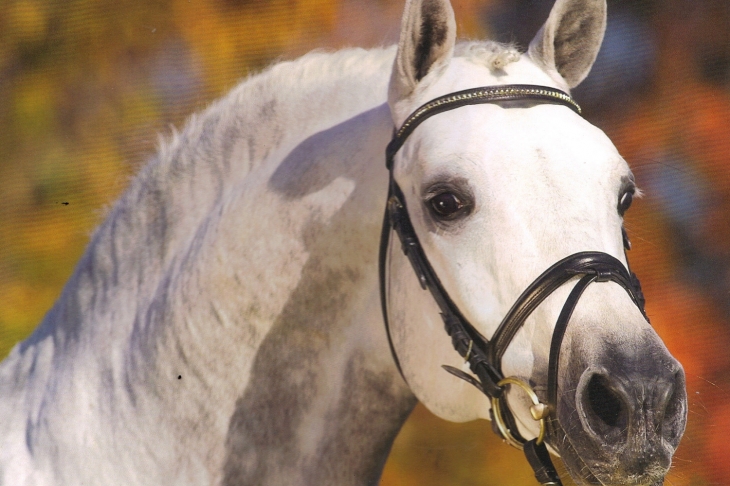 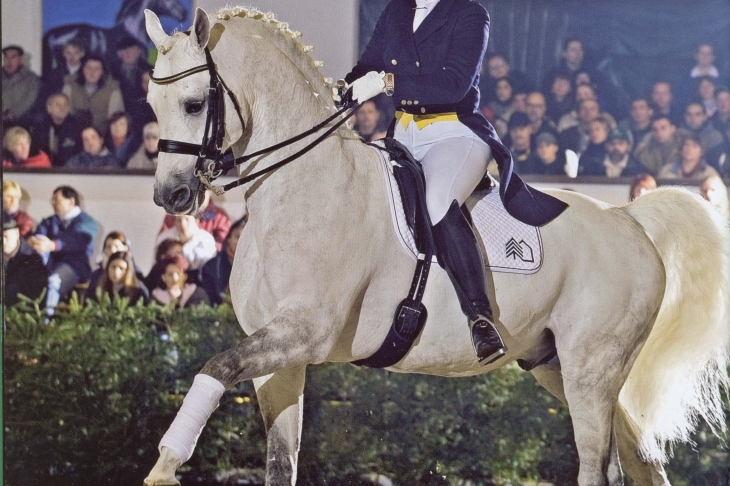 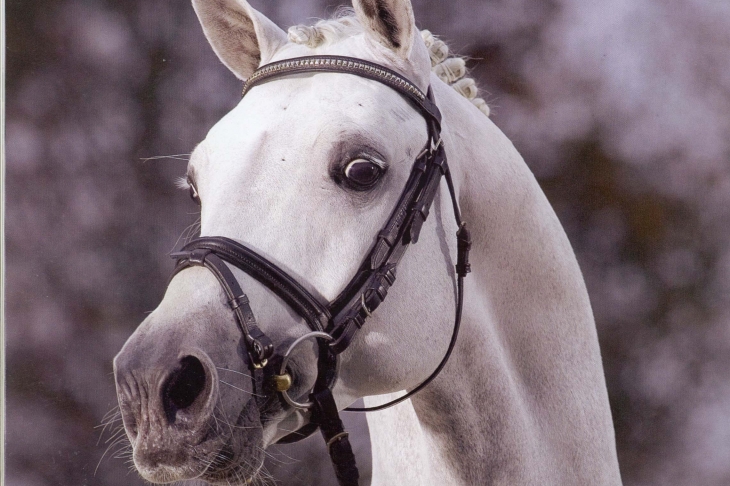 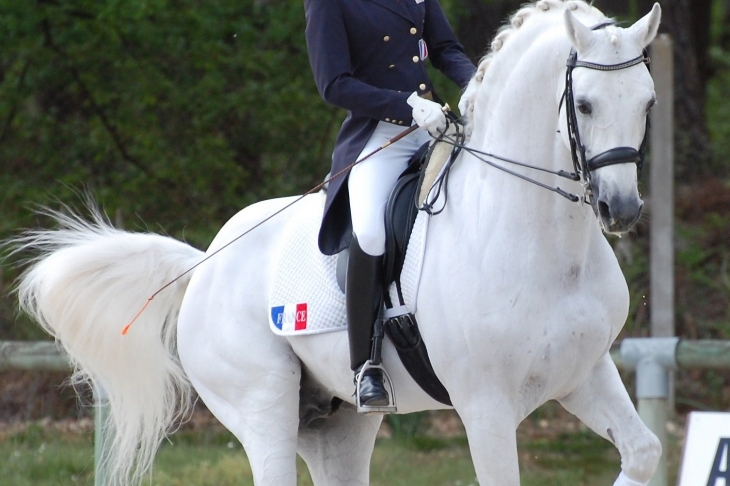 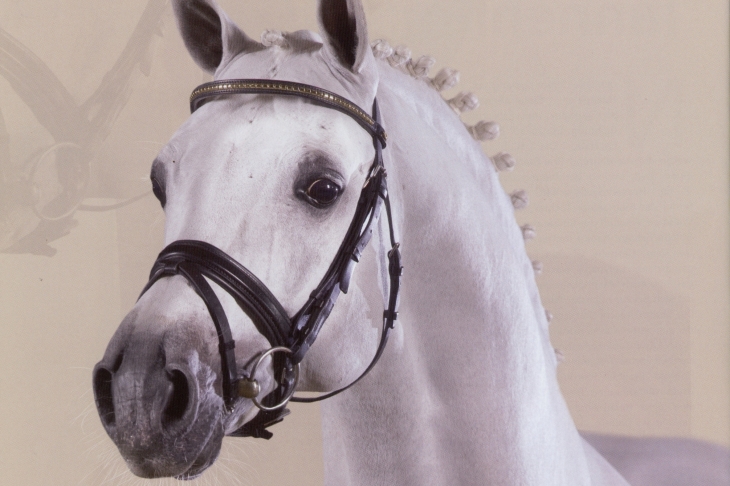 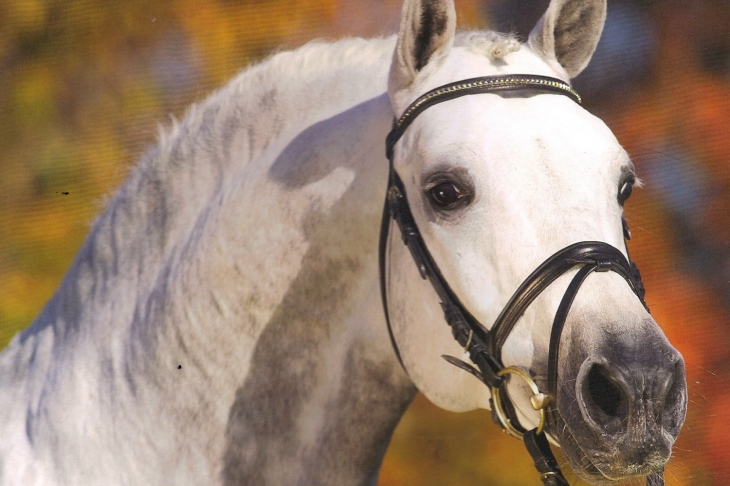 COCKPIT offers everything you would expect from an “Elite” stallion.  He enters the ring with ample gait, revealing his robust conformation adorned with a majestic head.  His sporting qualities speak for themselves!  At the Medingen stallion performance tests in Germany in 1999, COCKPIT achieved an exceptional jumping score of 9.67/10.  He attained maximum marks in the “Rittigheid” test (for judging ease under the saddle).  He also won many competitions open to stallions in Germany.  Throughout his sporting career, he clocked up many wins at intermediary level, while pursuing his breeding career alongside.  COCKPIT’s offspring tend to be good-looking with excellent conformation, great movement, strength and natural suppleness.  His progeny are easy-going, natural jumpers with vast performing capacity.  COCKPIT is a conscientious stallion and a happy worker!  He is exceptionally well-balanced and supple with great propulsion for dressage.  COCKPIT is internationally renowned, producing excellent and beautiful horses for dressage (St-Georges/International I), for show-jumping (1m45) and for eventing (CCI3*).  He is available via frozen semen at the unbeatable rate of €400 for 24 straws with “Live Foal Guarantee”, or €250 for 8 straws.  Osteo-articular status: Excellent.

CANTUS, HOLST, his sire was approved due to his excellent jumping marks at the stallion test.  He was remarked due to his sheer strength, which resulted in him being put immediately into breeding.  He has sired many international winners and performing stallions, of which CALIDO I, sire in turn of stallions and champions, e.g. COUPE DE COEUR (ridden by Ludger Beerbaum); COME ON, CSIO winner ridden by Princess Haya of Jordan; CANALETTO; CALVARO, great CSIO winner ridden by Willie Melliger; CANTATE Z, winner in Aix la Chapelle, etc.

In 2009, at least 80 of CANTUS’s progeny had won international titles.  He is a son of the champion CALETTO I, Team Bronze Medallist at the Hickstead European Championships in 1983.  CALETTO I is also the sire of several approved performing stallions, such as CALVARO Z, CAMBRIDGE and CALMERO, and of several champions, including CASSANDRO, FINKISS, ROOFS, COSTA, STORM, etc.

PICADILLY, his dam, only had one registered foal, named COCKPIT.  She is out of the Westphalian stallion, PIT I, sire of the stallions KOJAK, PABLO, PAY PELEGRINO, PERFECT DREAM, PERRIER, PITORESK, PRECIOSO, etc. and of the international show-jumping winners: PINOT GRIGIO and PEGGY SUE.

FABIOLA, his grandam, only had one registered foal, named PICADILLY, out of the Westphalian stallion, FRUHLINGSBALL, himself sire of stallions who produced winning performers in turn, not only in show-jumping, but also in dressage, e.g. FAGOTT, FAIRPLAY, FALKENBERG, FERNBLICK, FESTIVO, FIORELLO, etc.  He also is the sire of international show-jumping winners: FLEUR 81, FLORIDA, FRANZISKA, among others.

PRISKA, his great grandam, only had one registered foal, named FABIOLA (as above), out of the Hanoverian stallion, POKAL, himself son of the thoroughbred, POET, who was highly valued by the German, Scandinavian and Dutch breeders due to his progeny: MARCO POLO, IRCO POLO and LEGAAT.

FRANKENHERRIN (Frank hann), his great great grandam, had 4 offspring, including:

DIVA, dam of the Hanoverian stallions VERANO and VISCONTIO;

WALIDE, grandam of FABERGE, international dressage winner and 19th in the 2008 WBFSH ranking.

This is none other than the family of the “Hanoverian 800” dam line that produced not only many good dressage winners, but also international show-jumping performers, such as ACCENTI, ARMANO I, CERRUTI DU GIBET, RUE BLANCHE DU GIBET, KORASON and DEISTER (Los Angeles Olympics ridden by Paul Schockemöhle).

In 2003, COCKPIT clocked up 6 victories and one 3rd place out of 7 M-A and Intermediary I tests, ridden by Olivier LUZE.

He won the A7 and St-Georges tests at Le Pin National Stud in April, ridden by Maxime COLLARD.

Many of his progeny are award-winners and often attain Top Price at the sales.

In 2003, one of his offspring is Vice-Champion at the Foal Championships in Hessen.  In addition, a mare sired by him received the Oldenburg state award.  COCKPIT also has a couple of sons approved as stallions, namely: CORNEAU and CONCORD, the latter out of a mare by RAKETT x WORLD CUP II.

COCKPIT’s offspring has performed well at both national and international level, notably COQUETTE, with 15 wins in 5-year-old tests, and CALISTA, winning mare of the M tests.

He also has several show-jumping winners in Germany, namely: CONCOURS, CLEAR ROUND, CAPRICE and CRANK HIGH VOLTGE - all at 1m40 level.

€ 550 incl. VAT at reservation payable on reservation with “live foal” guarantee, on the assumption of your mare being pregnant.