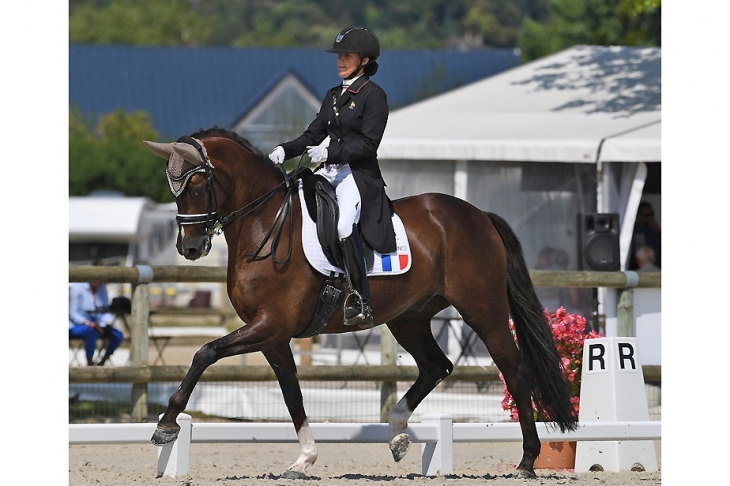 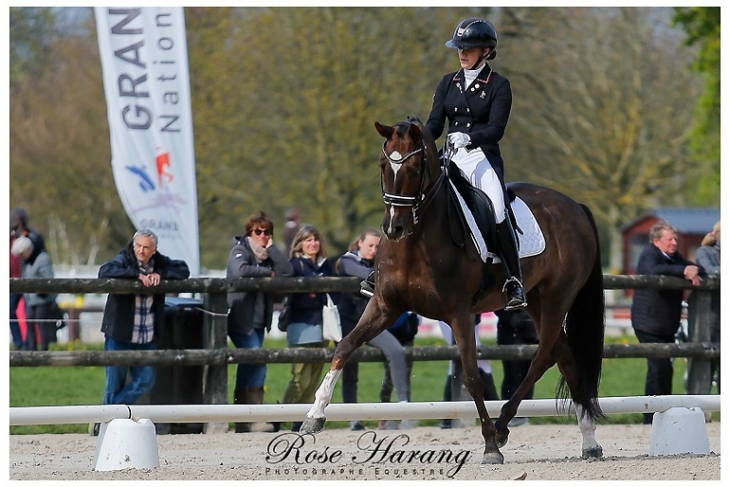 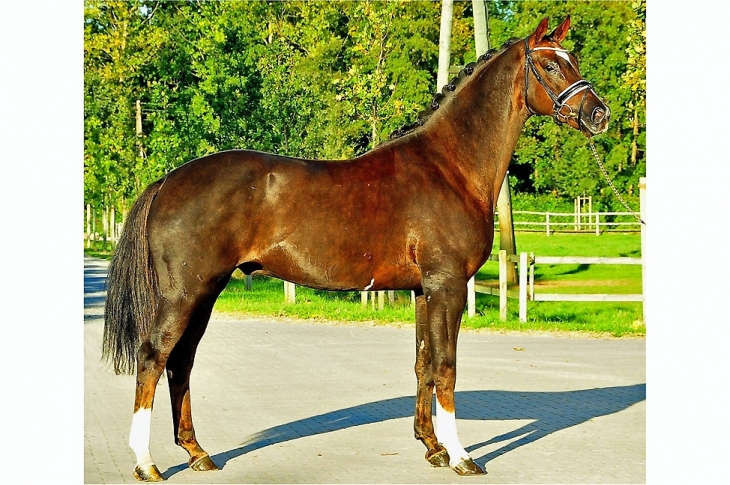 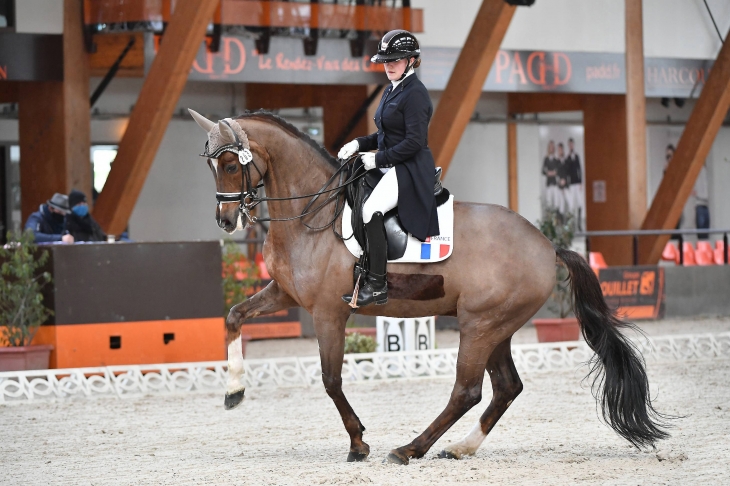 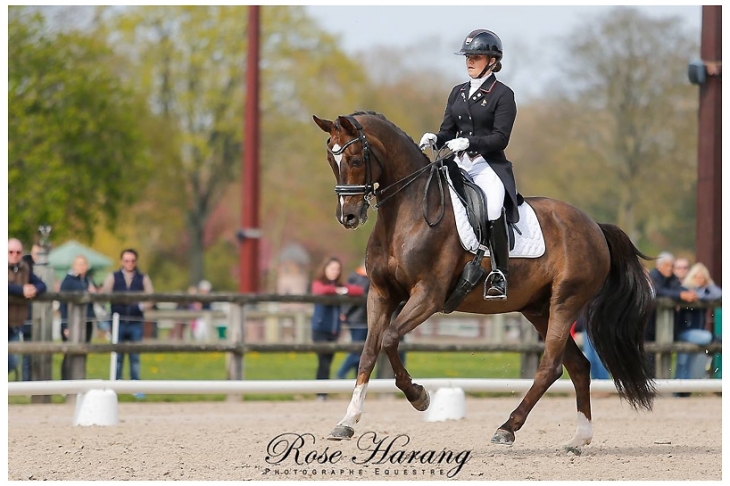 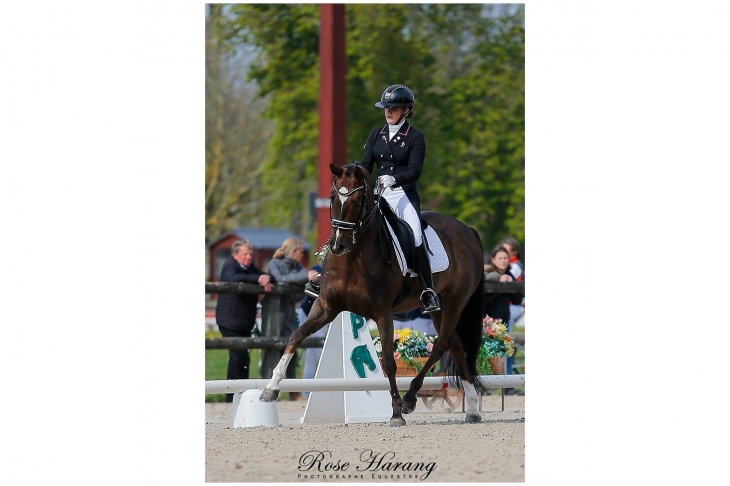 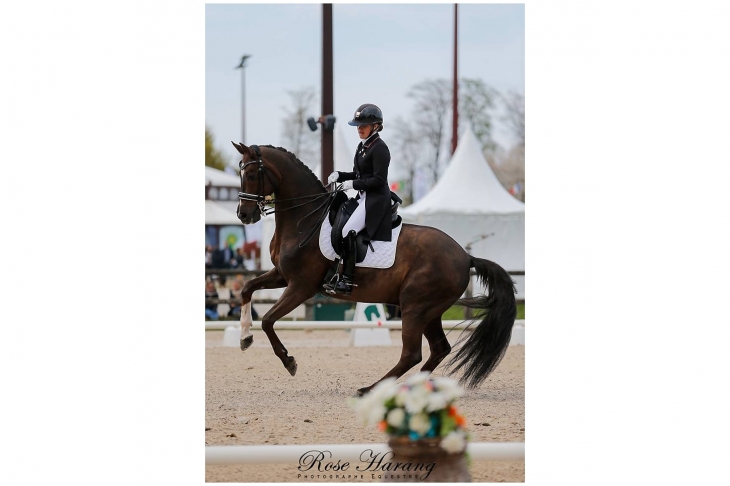 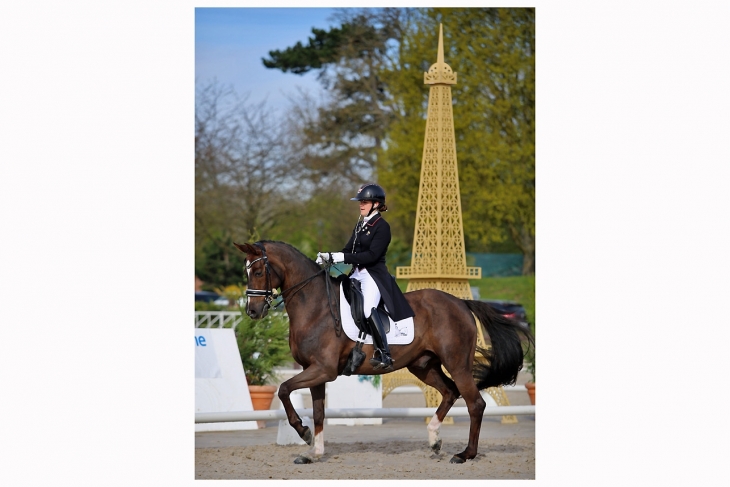 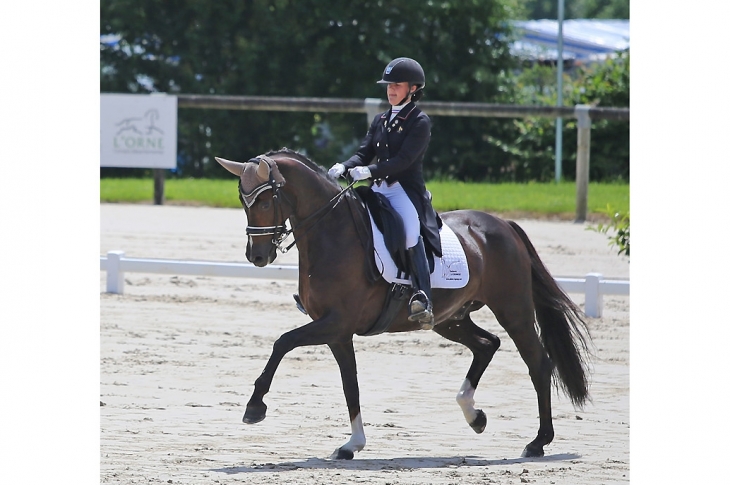 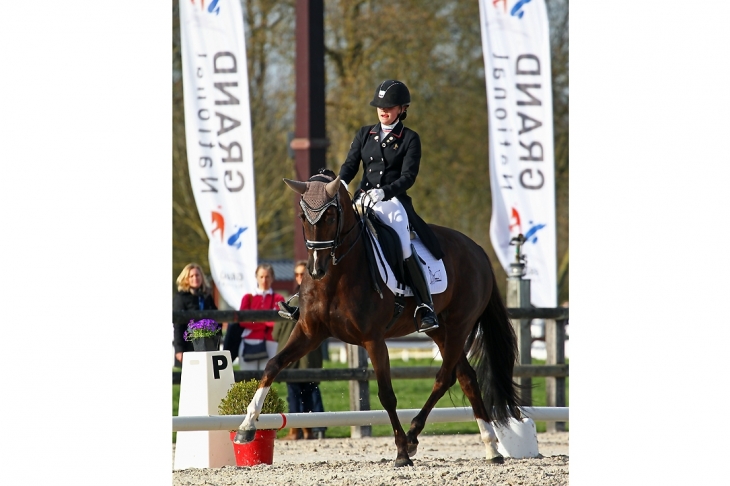 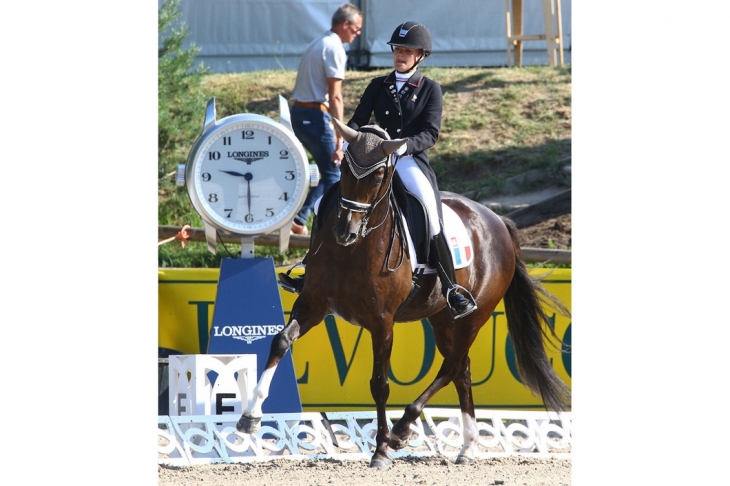 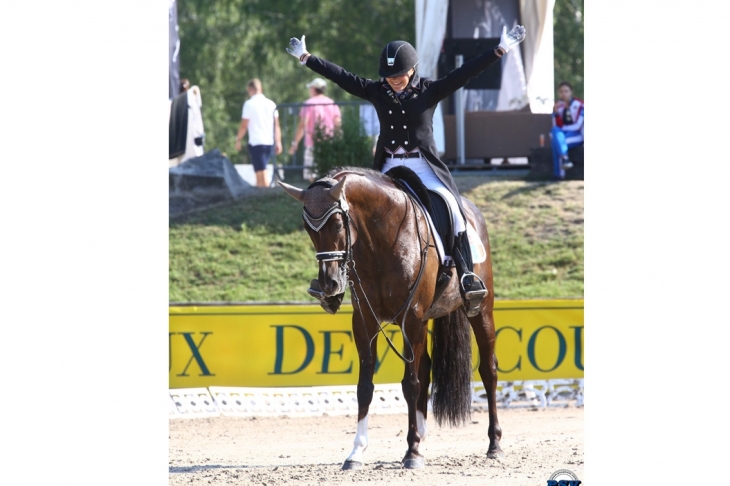 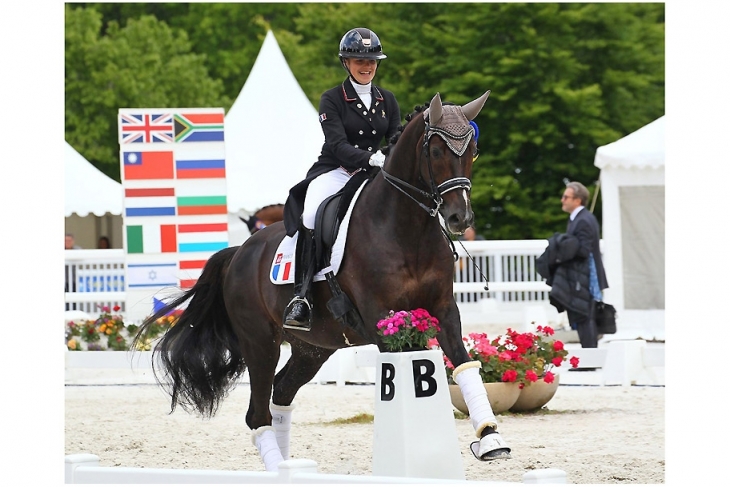 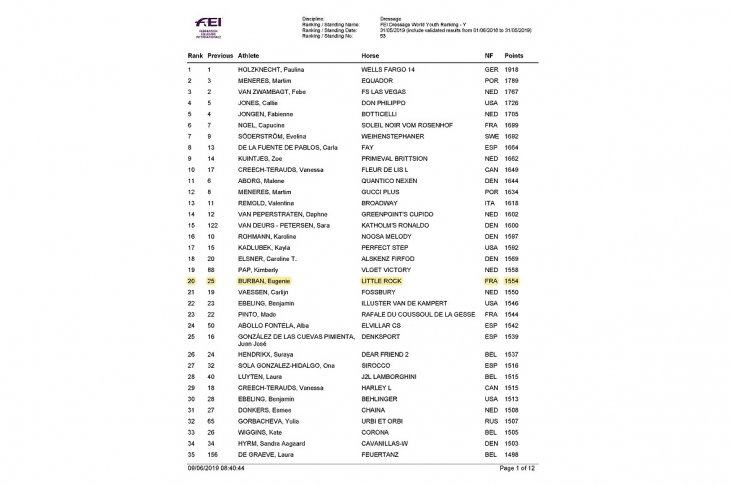 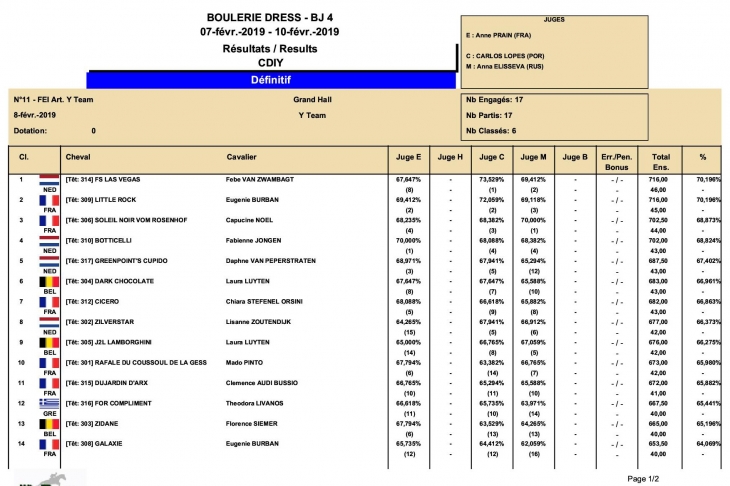 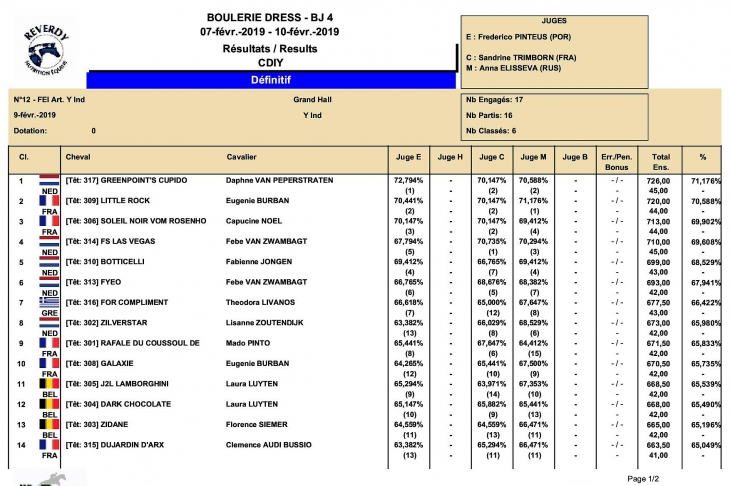 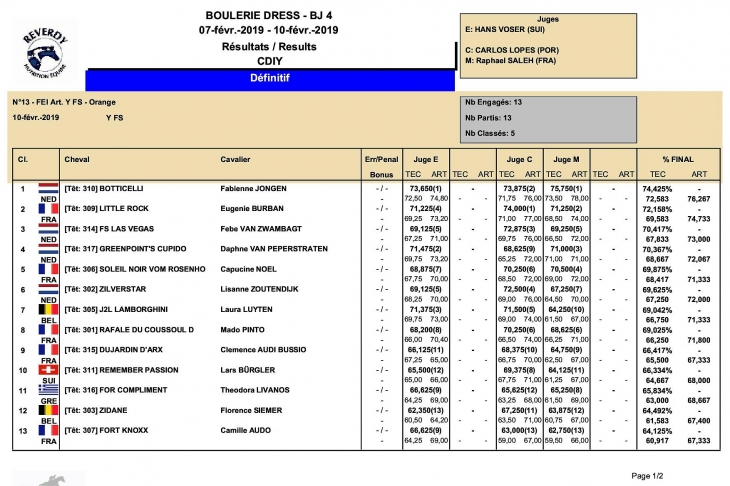 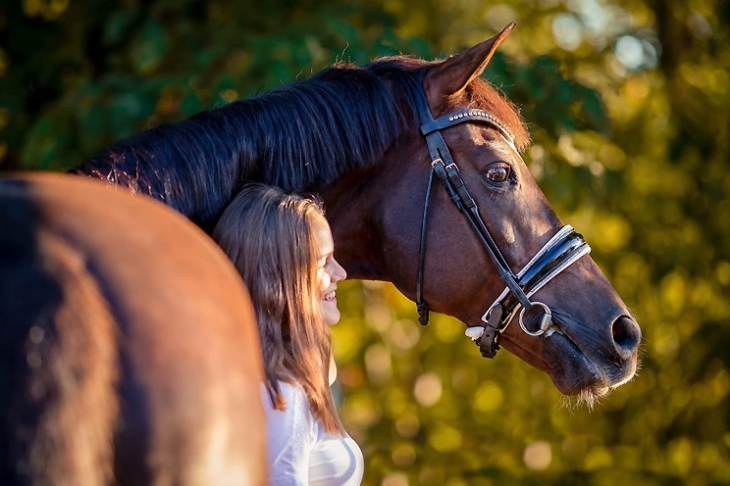 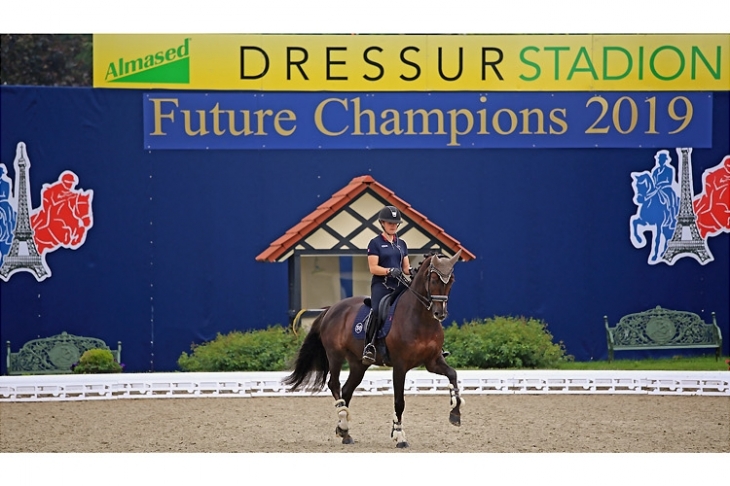 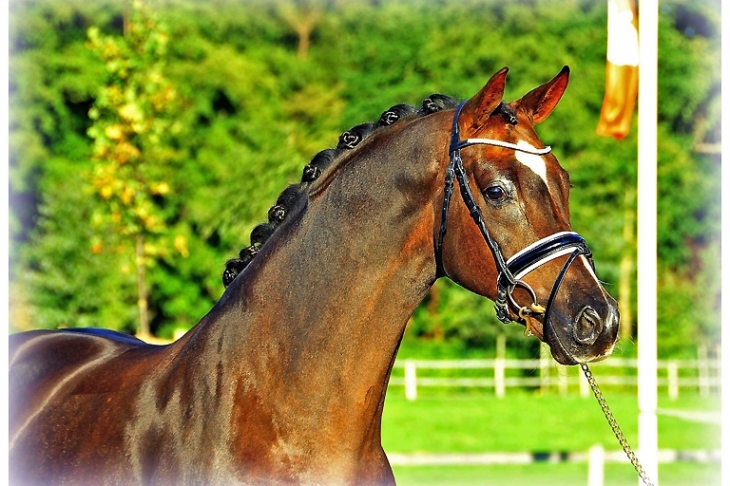 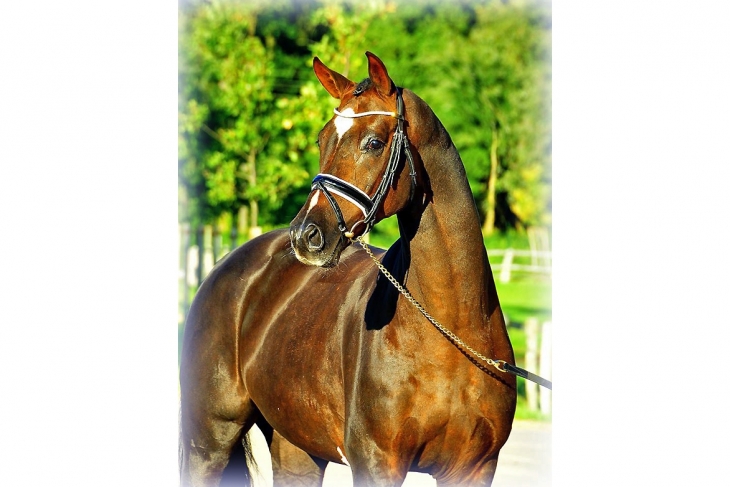 Little Rock is a gorgeous, 15-year old Bavarian bred gelding who has been trained and competed at Under 25 Grand Prix Level.

In the same ownership for the past three years, Eugénie Burban. This beautiful gelding has been an incredible horse to his rider, who climbed up the ladder from juniors to Young Riders and now to Under 25 Grand Prix level.

A member of the French team for the 2018 European Young Riders Championships in Fontainebleau.
In the Team test, Little Rock has been achieving scores between 68 % and 70 %.
At International and National competitions he has scoring up to 72 %.

He has a proven show record, having participated at prestigious Young Riders competitions, such as the CDIO Nations Cup in Saumur, the CDI 3* and 5* Compiègne, CDI 3* Deauville, CDI 3* Hagen and CDI 3* Aachen.

He is a very elegant mover and goes easily in the snaffle and double bridle. He is schooling all Grand Prix movements including piaffe, passage and single tempi changes.

He makes a perfect horse for Grand Prix events or for the Under 25 division.

Little Rock has a pleasing personality and loves relaxing in the field. He is a wonderful equine partner for any rider who hasthe ambition to reach the hightest level.

He has taken part in prestigious International Young Riders competitions:

Little Rock made his National show debut at Under 25 Grand Prix level on 7 March 2020, finishing fourth. In February 2021, he competed on his first International 3* in U25 where he placed 5th in Inter II.

In 2019, Little Rock is 20th on the FEI Young Riders World Ranking.